John I know that a war between US and Iran isn't part of your model. Instead, the US will allied with the Shia and will go to war against the Sunnis. What do you think is the likelihood that the US goes to war with Iran?
Top


mps92 wrote: > John I know that a war between US and Iran isn't part of your
> model. Instead, the US will allied with the Shia and will go to
> war against the Sunnis. What do you think is the likelihood that
> the US goes to war with Iran?

If some military clash in the Strait of Hormuz did occur, it would be
brief, and would not escalate, the way a clash in the South China Sea
would escalate.

Somebody is bombing tankers in UAE harbor, and is sending drones to
bomb Saudi oil pipelines. It's not publicly known who the
perpetrators are, with suspicions falling on the Houthis in Yemen, or
on another Iran proxy. Iran is saying that the perpetrator is the US
or Israel, as a false flag operation with a motive to bring about a
war between US and Iran, which is laughable. I expect the
perpetrators to be identified soon.

There are some news reports today about sending 120,000 American
troops to the Strait of Hormuz. That's just a contingency plan, with
no action being taken or planned at this time.
Top

This whole thing is something of a joke. You can't predict election
results (except by using polls), and that's provable from Chaos
Theory.

If you ask me whether the weather will be cold next January, I can
tell you that it will be cold because there's a cyclic trend where
January is cold and July is hot. But I can't tell you whether it will
rain three weeks from now. Neither can the weatherman. That was the
initial discovery of Chaos Theory back in the 60s.

So they're going to ask questions like, "How many missile test events
will North Korea conduct in August 2019?" Are you kidding me? Any
answer would be a complete guess. You might answer 0 or 1 or 2, and
maybe you'd be lucky and get it right. But unless Kim Jong-un is
entering the contest, it will just be a guess.

And that article mentions Einstein. What's that supposed to mean?
That Einstein's Theory of Relativity was just a clever guess? The guy
who made that comparison is an idiot.

At any rate, the winner of the contest will be the one who
makes the most lucky guesses.
Top 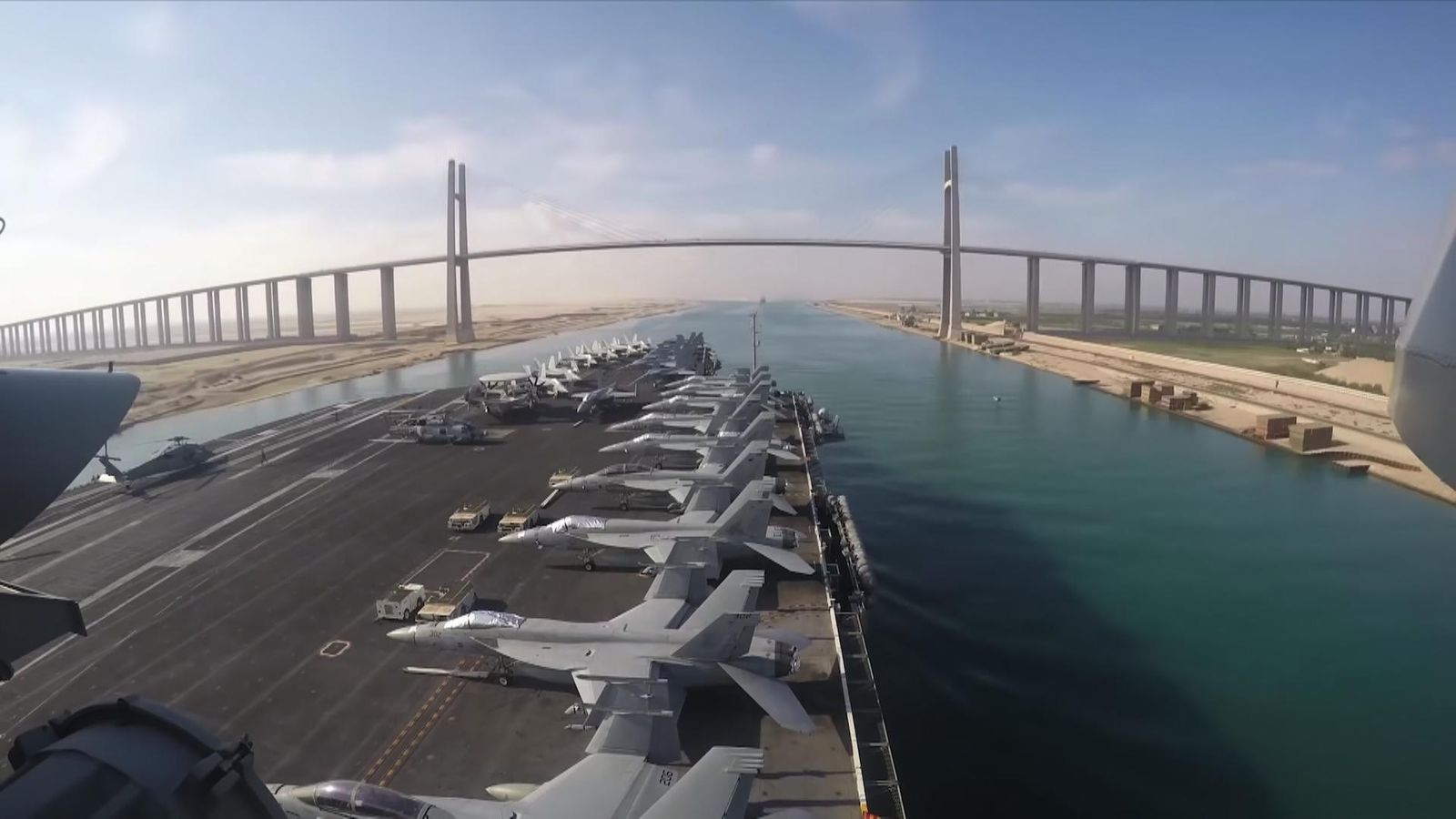 During the last week, there have been several acts of "sabotage"
on Saudi Arabia and UAE targets, including the following: No one has claimed credit for Sunday's attack, but it's believed
that they were perpetrated by Iran's Revolutionary Guards (IRGC)
marine force unit.

The logic behind the attacks is that they follow the restoration of
American sanctions and the end of waivers to the sanctions, with the
result that Iran's oil exports are being severely reduced. Saudi
Arabia has promised to increase oil exports to compensate for the
reduced Iranian exports. The sabotage attacks would then be Iran's
retaliation against the Saudis.

Even before these attacks, the Trump administration had announced the
deployment of two US aircraft carriers -- the USS Abraham Lincoln and
the USS John C. Stennis -- to the region, accompanied by 10 warships,
as a show of force, operating with the US Sixth Fleet in conjunction
with allied navies. There were also uncomfirmed and denied reports of
deployment of 120,000 soldiers to the region.

At the same time, the US, Britain, and some EU countries have
withdrawn unnecessary personal from embassies and legations in Iraq,
apparently out of fear of Iranian terrorist attacks.

In the 1800s, Iran was thoroughly humiliated by losing border wars
with Russia and Britain, so in Iran's major wars in the last century
-- the Constitutional Revolution of 1908-09, the Great Islamic
Revolution of 1979, and the Iran/Iraq war that climaxed in 1989 --
Iran did not attack any other nation, and takes pride in not having
done so.

However, Iran has been increasingly active in using proxies,
especially the Houthis, Hezbollah and Hamas, as well as its own IRGC
forces, to perform terrorist acts against Saudi, America and Israeli
target, as well as full-scale participation in the Syria war,
supporting Bashar al-Assad.

A war between the US and Iran is highly unlikely. News reports of
questionable veracity claim that John Bolton and Mike Pompeo are
encouraging Donald Trump to invade Iran. Whatever Bolton and Pompeo
think, Trump has no intention of invading Iran. Furthermore, through
his knowledge of Generational Dynamics passed on to him by Steve
Bannon, Trump would be aware that will be an American ally.
Furthermore, Iran itself is in a generational Awakening era, with
younger generations firmly opposed to foreign wars.

Nonetheless, Iran's hardline leaderhip has no reluctance to conduct
terror attacks and proxy attacks on its perceived enemies, even if
such attacks are not expected to trigger a war.

Late news is that Saudi Arabia is retaliating for the Houthi
attacks by increased missile attacks on sites in Yemen's capital
city Sanaa, with civilians as collateral damage.


-- USS Abraham Lincoln deploys opposite Syria, US envoy to Russia
aboard
https://www.debka.com/uss-abraham-linco ... ia-aboard/
(Debka, 11-May-2019)

-- Trump, frustrated by advisers, is not convinced the time is right
to attack Iran
https://www.washingtonpost.com/world/na ... story.html
(Washington Post, 15-May-2019)

The violence in Syria is increasing to levels not seen in almost a
year, as Russia and the regime of Syria's president Bashar al-Assad
have increased their bombing of civilians in Idlib province.

All the worst signs are back. According to the United Nations, in the
last three weeks Syria and Russia have destroyed 17 schools and 20
hospitals and medical facilities. More than 180,000 newly displaced
people have fled their homes and moved to camps, but al-Assad has been
targeting these IDP camps -- if you want to commit mass slaughter and
genocide, it's easier if you can kill them all together in camps.
More than 80,000 people are sitting under trees or in open fields with
no protection from sun and rain.

There haven't yet been reports of al-Assad once again using chemical
weapons -- chlorine and Sarin gas -- but presumably that's coming
soon. There are three million people in Idlib, mostly refugees from
al-Assad's violence in other parts of Syria, and al-Assad has declared
them all to be terrorists, with the intention of killing them all.

Turkey is desperate to get al-Assad to stop this. Idlib is on the
border with Turkey, and Turkey is already hosting 3.5 million refugees
that fled from al-Assad's violence in the past. Even though Turkey
has closed the border, Al-Assad's assault on Idlib could cause a
million or more to push across the border into Turkey anyway.

As I wrote last week, Turkey begged Russia to end the airstrikes, and
Russia's defense minister Sergei Lavrov said that the airstrikes had
ended on May 10. But anything that comes out of Lavrov's mouth is
total garbage with no relation to the truth, and indeed the airstrikes
have continued.

Since then Turkey has once again begged the Russians to end the
airstrikes. On Monday, Turkey's president Recep Tayyip Erdogan spoke
on the phone with Russia's president Vladimir Putin, and Putin very
sweetly and kindly offered to form a committee to discuss the matter.

Turkey's foreign minister Mevlüt ÇavuSoglu says that the airstrikes
are preventing work on the UN's project on drafting a new Syrian
constitution:


"This aggressive attitude of the regime needs to
change. The attacks must stop. While we made progress in the
establishment of the Constitutional Commission, the regime’s
aggression on the ground can ruin everything."

This is so laughably ridiculous and pathetic, even by the very low
standards of typical international politics. Bashar al-Assad is a
Shia/Alawite genocidal psychopath and war criminal who is
exterminating the Alawite's historic enemies, the Arab Sunnis, and has
no intention of stopping until he's through with Idlib. Anyone who
believes that al-Assad would agree to have a UN committee draft a new
constitution for Syria belongs in a mental institution.


It appears that Kuwait is acting on the same information that's
already publicly known, and is simply reacting to the same unconfirmed
claims as the mainstream media. Kuwait officials are simply saying
that if there's a war, they're ready, which is the sort of thing that
everyone says.

Users browsing this forum: No registered users and 29 guests