Interpol and the UN that declared the country the third most corrupt country in the world, not Trump.

We want our demshevik wasted capex back. The fuselage issue is still a sticking point for me also in that troubled region.

No we do not blame the trads or norms who care about the price real price of fair trade.

We will never vote democrat EVER until we hear the real Word and the Letter defended.

Wake us up when the American tax payers gets their Ukraine/Burisma/Quid-Pro-Joe Biden extortion; and,
Hunter Biden, et al. graft money out of those hot or cold thieving corrupt hands.

The democrat body farm logic: because congress passed this aid, you have to give it even if you know the money is just going straight into a shelf bank account or else. The president has no right whatsoever to prevent previously approved money from being stolen.

This is the hill democrats are going to die on and the flypaper of the process.
https://theconservativetreehouse.com/20 ... hone-call/

As I told you simply we re-organized north america when a part of it collapsed and I gave a dying man my word I would
see to His regards. You could suffice as correct to yellow-cake and later flypaper. The July 8th 2008 letter to the Senate issues
no one would touch. You elected a Office who did. The deplorable term was from an European Author referenced and listed in the
forums and a simple time stamp.

It was about 22000 American jobs then and as conveyed I contacted the Senate to see what could be saved.
We understand the fair to the free trade factions issues since the triangulation maps.

We voted in a Office who is about fair trade. The free trade thought maps we barely survived was conveyed as CCI and 936 and the advent
of the ACA effects still ongoing.
https://www.zerohedge.com/economics/stu ... ate-change

Gobal famine and the Y2K disaster and none of the cultists apologized.
They will simply have moved on to the next crisis.

Ocean’s most oxygen-deprived zones to shrink under climate change.
https://science.sciencemag.org/content/ ... 5.abstract
See how it works. In addition to stopping barges being dumped with waste beyond words
and the Agean basin decimation few if any remember anything.

The oceans are already showing signs of collapse. The evidence is trending over the last decades in areas that should be simple to avoid.
if its dropped in a ocean it should dissolve in six month would be decent thought map. Kind of like the starch straws that dissolve reality.
PLA has been known for more than a century, it has only been of commercial interest in recent years, in light of its biodegradability.
Humans are predictable.
Top

Hard to short reality based facts. The repo unwind is a feature not a emblematic reality it appears.

Actually I would consider the recent NASA space imaging and our recent ten percent crop losses locally
compared to the last decade was sound basis to the recent closing of my short positions.
The local facts are if you cannot fix local you cannot fix anything as to what Herbert explained clearly.


aeden wrote: > Gobal famine and the Y2K disaster and none of the cultists
> apologized. They will simply have moved on to the next
> crisis.

It is personally extremely offensive to me to suggest that the Y2K
problem was put forth by "cultists," since I was one of the "cultists"
who worked to remediate the problem.

I not only worked on the problem, I also wrote many articles on the
subject in the 1990s, when the remediation was in full swing. Almost
every computer in the world had to be fixed in some way. You probably
don't remember how your desktop computer had to have some software
updated to fix your problems so that your filedates wouldn't start
showing up as "February 5, 1900."

Every computer had something that needed fixing. If you ran custom
software, then you had to fix your custom software, or else you had to
convert to a commercial package. And all commercial software had to
be fixed, so that you would be able to cash your chacks after
1/1/2000.

All in all, the cost of remediating all the world's computers during
the 1990s was estimated to total $100 billion. [Correction]

Y2K remediation was the greatest software engineering accomplishment
in world history, and it was managed by the Silents. If the Gen-Xers
had been in charge, computers probably still wouldn't work today.

The greatest software engineering disaster in history was
healthcare.gov, which cost over a billion dollars to build a $50,000
web site, and the software still doesn't work right. That's
generation-X in action.

Y2K had nothing to do with cultists. But Healthcare.gov might have.
Top

Especially for Aeden, Higg and Vince

I have again reviewed the S&P 500 In my personal and technical opinion there might be an accelerated sell off of some degree but a correction is very close. Don't know how much higher it might go but I am plan to short S&P 500

Trump is playing it tough again. 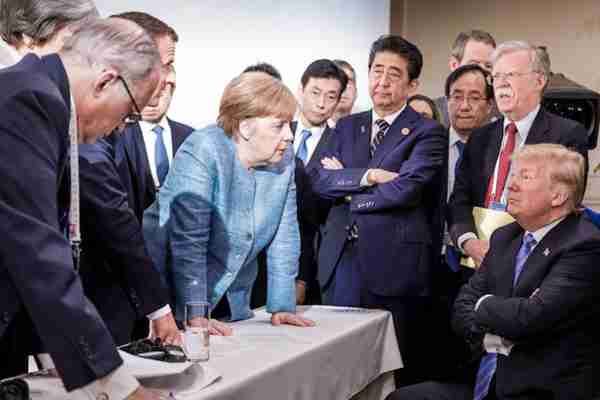 It can't be bargained with. It can't be reasoned with. It doesn't feel pity, or remorse, or fear. And it absolutely will not stop, ever, until you convert, pay or die. jr
Top

I have again reviewed the S&P 500 In my personal and technical opinion there might be an accelerated sell off of some degree but a correction is very close. Don't know how much higher it might go but I am plan to short S&P 500

will not sell or buy today

"The decision to move forward with an impeachment inquiry is not one we took lightly."

...but I think the view is too black/white with all the shades of grey cast aside.
There's no probability cone with high, medium and low probability interpretations.

A President with a set of balls. I will vote for him again in 2020. Obama left a lot of shit to still clean up.
Top

The first malicious rootkit for the Windows NT operating system appeared in 1999: a trojan called NTRootkit

Basically back orifice was unleashed internally when it was adapted for inter network needs.

Y2K was revenue generating operation and not the real issue for the majority.

Example of bhr
Gaetz ends by suggesting that if "wiretapping a political opponent is an impeachable offense,
I look forward to reading that Inspector General's report because maybe it's a different president we should be impeaching.

— Daily Caller (@DailyCaller) December 4, 2019
The White House issued a statement in response to Karlan, saying "Only in the minds of crazed liberals is it funny to drag a 13-year-old child into the impeachment nonsense. Pamela Karlan thought she was being clever and going for laughs, but she instead reinforced for all Americans that Democrats have no boundaries when it comes to their hatred for everything related to President Trump.


Pamela Karlan was kicked off Alaska Airlines for attacking Trump supporter
https://www.youtube.com/watch?v=C-3XbycyQrk
Politico in 2009, "It's no secret at all that I'm counted among the LGBT crowd".
She has described herself as an example of a "snarky, bisexual, Jewish women".

The current shit show is the demsheviks auditioning of cabinet members if they win for cracker jack joe in the box prize.
Biden described how he allowed children to play with his wet leg hair. Since his brain surgery he is perfect for the job.
I remember his testimony before his problem surgery, maybe a few more will also choose to remember.
https://www.nytimes.com/1988/05/04/us/b ... urysm.html

I have one that had surgery similar. The other one cannot be done given its region and function.
They are ok and yes we understand before and after. We are not biased to our loyalty and changes in adapting opinions
which are defined as more facts and time focus guidance reports.

Hunter Biden is supposedly off-limits according to liberals, but a 13-year-old boy is fair game.

The butthurt reports never end on basically all levels in perception management.
Better software leads to results. Middle management as the middle class never had a chance.
As we know indeed. In less than ten years middle management will simple be the next tiny bubbles underway
since it is the plan. It is a data driven world and project management will never look the same again.
Its already here.

Who was Donald Regan? Donald Regan was appointed Secretary of the Treasury and later served as Chief of Staff under Reagan. Most notably, he was CEO of Merrill Lynch for 11 years prior to his public service in the White House and the Treasury. He was also one of the chief engineers of "Reaganomics". The results of Reaganomics have been a disaster for the American middle class, and when Donald Regan asked the President to speed it up, this was part of the plan.

We can learn more about the plan from this video from Moyer's and Company where two economists explain just what happened. From 1980 to now, at least 40% of all the economic gains from growth in the economy went to the top 1%. Regan was one of the chief architects of the inequality we see now in our economy. Reagan probably wasn't smart enough to see all of this coming.
https://billmoyers.com/segment/jacob-ha ... inequality

I liked Reagan so you see what was given, not what was allowed to measure as we can now.
Mr.Green is always over Mr. Blue and Mr. Red. Time has proven it again.

They only call it class warfare when we fight back. We cannot trust the demsheviks on parade, and they are even the fading survivors
know as it does the current Office is all we have right now. We know who and why this is factual. One was sent yesterday to confirm what we are doing since we are doing to help others even tho they are abandoned democrats we serve who we can only find resources so they can get by.
They are Americans deceived by means we hope they can see why we fight for them also from abundance and generosity of others of the Church
who we know are Judged first.
Top
Post Reply
20745 posts

Return to “Finance and Investments”

Users browsing this forum: No registered users and 6 guests